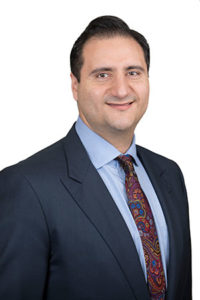 Carlos is a native New Mexican, born and raised in Albuquerque, NM. A graduate of Valley High School in 2003, Carlos stayed in Albuquerque for his undergraduate degree and for law school. Carlos graduated with a B.A. in Psychology and Philosophy from the University of New Mexico in 2007. Thereafter, he applied and was accepted to the University Of New Mexico School Of Law, and obtained his law degree in 2011.

After law school, Carlos began his legal career with the Narvaez Law Firm, gaining a wide range of litigation experience including general tort liability, insurance law, and education law. Carlos was with the Narvaez Law Firm for five and a half years, until the opportunity to join Fadduol, Cluff, Hardy, & Conaway. Carlos decided to take his experience to represent and assist people injured or killed in accidents. His practice now includes representing people injured or killed in oilfield accidents, car accident, medical malpractice, and education law.

In January of 2018, Carlos welcomed the birth of his first child, a baby boy named Carlos Leon Sedillo. Carlos and his wife, Monica, are proud new parents and love spending all the time they can with their baby.