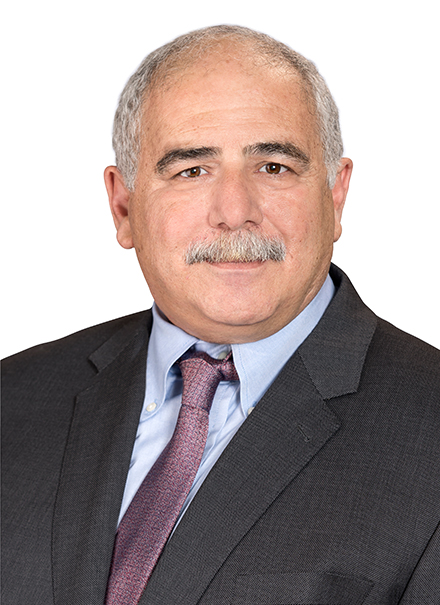 Sam was born in Canutillo, Texas and attended public schools in the state of New Mexico. Sam is the son of hard-working immigrants. He spent virtually every summer of his childhood in his mother’s hometown of Chihuahua, Mexico and as a consequence, is fluent in Spanish. Remarkably, Sam’s fourth-grade teacher strongly urged him to pursue a career practicing law. Once that seed was planted, Sam dedicated all of his efforts to that single goal.

Sam completed his undergraduate degree in three years, graduating with high honors from Texas Tech in 1978. The next week, Sam started law school at Texas Tech University School of Law, where he graduated as the youngest member of his class. While in his third year of law school, Sam worked full time for a local attorney, Patrick Abeyta. Sam graduated from Texas Tech Law School in 1981. After Pat’s death in 1984, Sam took over the firm at age 27 and was charged with overseeing 13 employees. Almost immediately, Sam converted the law firm from a general practice to one focused exclusively on representing those injured at work or through others’ negligence.

Sam’s first and true love has been the pleasure he derives from helping those who have suffered from serious injury or the death of a family member.

Sam has been married for 31 years and has been blessed with three children. Sam believes that, with all things important in life, loyalty and commitment is a foundation for success. Sam has often been quoted to say: “there are three things in life that you do not change; you do not change your political party, your religion, or your wife”.  Sam believes that the value of a law firm is found in a combination of its honesty and competency. These qualities make up FCHC’s culture–and they always will.